Since planning menus is probably my favorite part of planning events, I’m hoping this list of cute and fun New Year’s Eve snacks will inspire you to start working on your menu for New Years Eve this year. 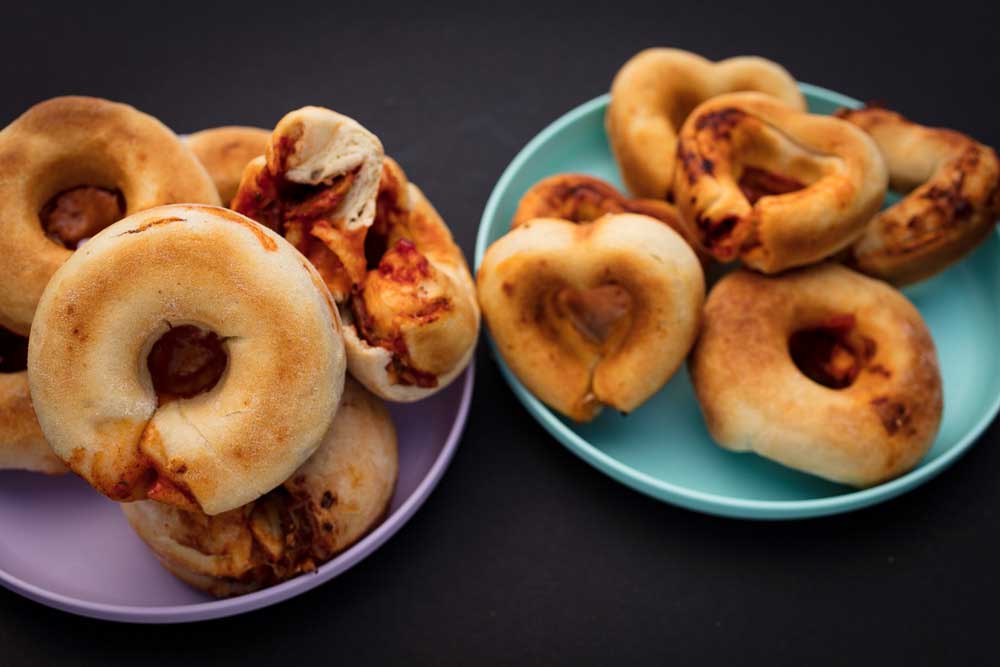 These vegan pizza donuts are my own creation, and since I first made them, I decided they are my favorite way to eat pizza forevermore. I filled them with vegan cheese, pepperoni, and easy-to-make pizza sauce. These are seriously SO GOOD.

You may not know this, but I’m a sucker for any emoji-themed food. While the smiley face is my least used emoji, I love how easy these are to make and how unique they are! Just think of all the different versions you could make of these! Go to Strength & Sunshine’s website for the recipe. 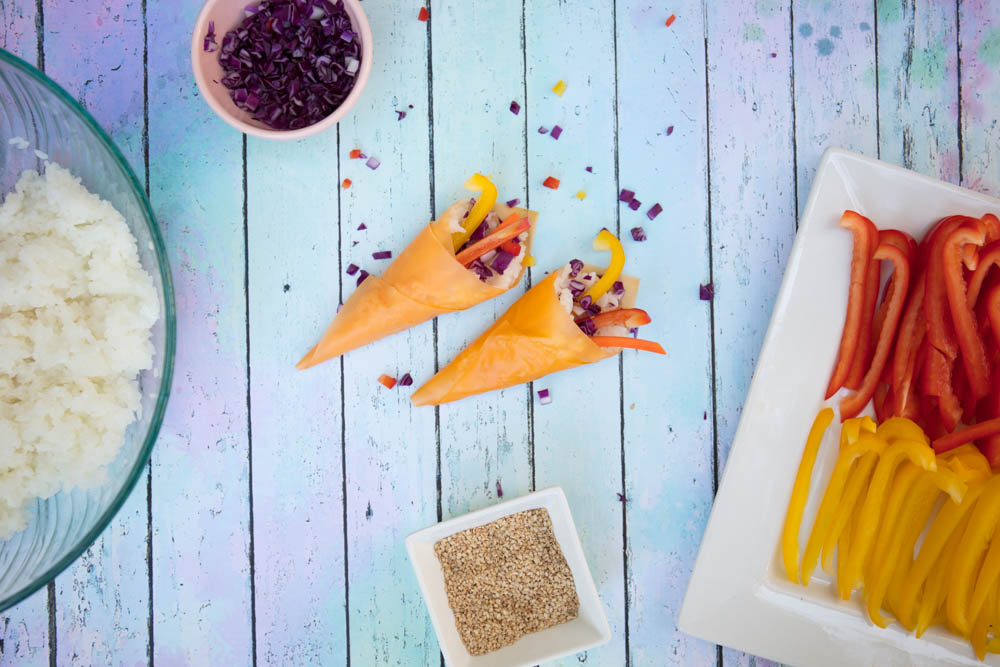 Speaking of emoji-themed food, 2 years ago, I made these party popper emoji temaki sushi cones for new year’s eve. I think they’re still relevant, cute, and on theme.

I love finger foods, and artichokes are my favorite vegetable, so these little spinach artichoke cups are basically made for me. And for you. I guess you can have some too. 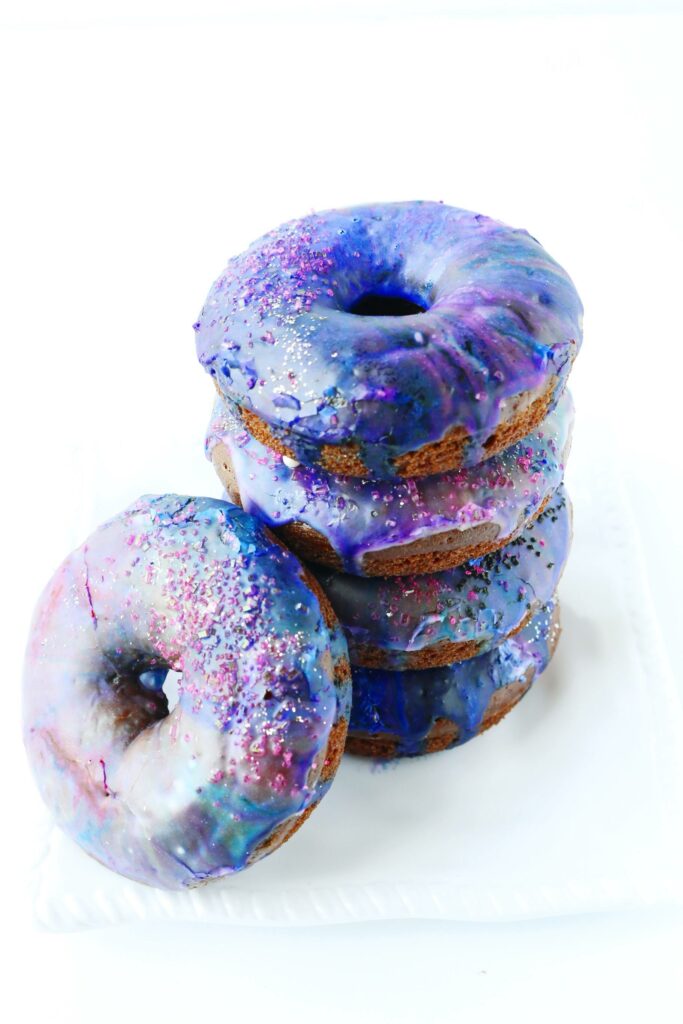 Galaxy-themed foods are up there with emoji-themed foods in my list of favorite themes for food, so these gluten-free galaxy donuts are definitely an appropriate new years food. Also, may I point out that Allergylicious is also an adorable name for a blog.

If you’re not gluten-free, you can make my galaxy donuts, which are also healthy because they’re stuffed with veggies.

First of all, you can deep fry just about anything and it will taste good. Second of all, mac n cheese is probably one of my top 10 favorite foods, even as an adult. So, these fried mac n cheese hearts are a must try on New Year’s Eve. 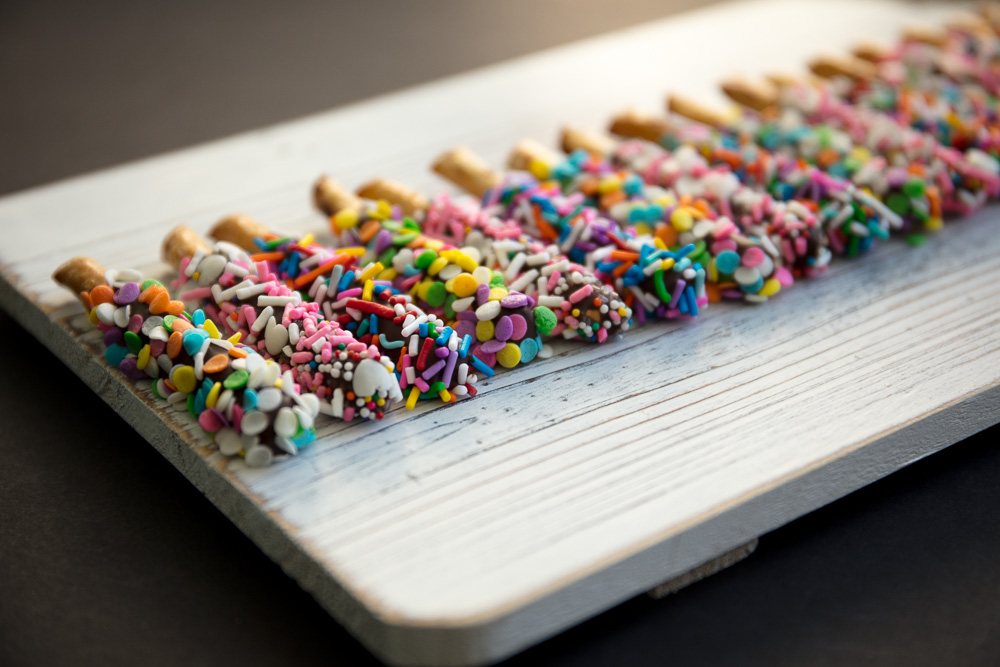 This NYE will be my third one since acquiring an air fryer, so it makes sense to include an air fryer recipe in this roundup. These cute little loaded potato slices by Cadry’s Kitchen are basically like serving a loaded baked potato, but without the mess. 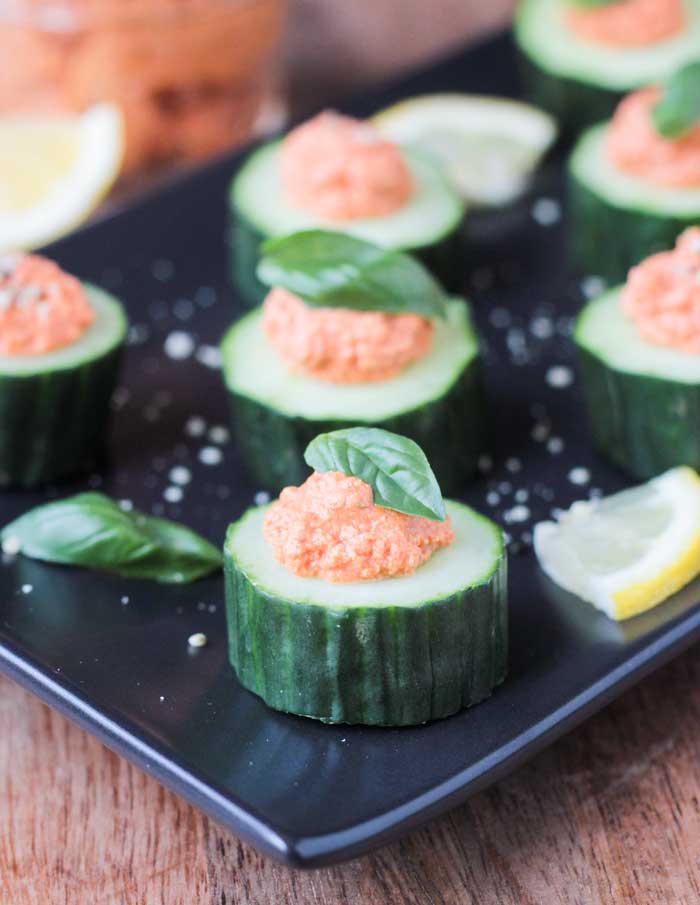 I realize that late December isn’t when cucumbers are in season, but sometimes it’s worth it to buy your produce out of season in order to make sure that your party has at least one healthy thing. Veggie Inspired tops her cucumbers with sun-dried tomato spread.

If you’re not a fan of sun-dried tomatoes (I know it’s weird, but some people don’t like them), you can make my artichoke pâté as an alternative.

It’s not just that I’m obsessed with pizza (Although, I do love pizza so much that I would go on a cruise that was pizza-themed and eat pizza for every meal). It’s not just that these pizza cones look like unicorn horns. It’s also that I think pizza is the quintessential food for NYE.

Speaking of how I never get tired of pizza, I can’t wait to make these polenta pizza bites from Veggies Save the Day.

Are you making something for New Year’s Eve that I don’t have on this list? Tell me about it! Or better yet, just invite me over so I can taste for myself. Teehee.