♫ Listening to: Vacation by Crying ♫

These quesadillas are easy to make. They have a crispness when you bite into them, but have a warm, gooey, soft middle. Quesadillas de papa is what they’re called in Mexico, but they’re basically just quesadillas with vegan cheese and mashed potatoes inside. You can even omit the cheese and they’re still delicious. If you want to make your quesadillas healthy, you can add spinach or kale too. Making these quesadillas vegan is easy: just use vegan cheese instead of breast milk cheese and use vegan butter (I use organic earth balance) in the pan. Also watch out for the tortillas, because once in a while, you’ll come across flour tortillas that contain lard (animal fat).

When I was a latchkey kid, I would come home from school every day and have one of two main after-school snacks. One was cereal. The other was quesadillas. I thought how to make them was to slice cheese, set it on a tortilla, and melt in the microwave. They came out soft like quesadillas from taco bell. Now that I’m a sophisticated grown up, I make my quesadillas on the stove and then I decorate them to look like bears. I know…the epitome of maturity, right?

This recipe makes 4 vegan quesadillas or 2 quesadilla bears (plus scraps).

If you don’t have mashed potatoes already made and don’t want to make any, other quesadillas ideas include fillings like refried beans, guacamole, and just cheese. I really like quesadillas with refried beans.

Heat a cast iron pan (or other large frying pan) over medium heat.

Add a spoonful of organic earth balance (or any vegan butter or margarine) to the pan, and when it starts to melt, move it around with a spatula to coat the entire bottom of the pan.

Lay the tortilla with the mashed potatoes on it into the cast iron or frying pan, potato side up.

Sprinkle the vegan grated cheddar cheese all over the mashed potato covered tortilla.

Place another flour tortilla on top of the potatoes and cheese, aligning it with the other tortilla.

Cover the pan with a lid to help the cheese melt.

Spread mashed potatoes all over one side of a second flour tortilla while the first quesadilla is cooking.

Flip the quesadilla, carefully, once it starts to brown on the bottom. I usually slide my spatula under it and take a peek. The reason I say to flip carefully is because I miiiight have gotten a little carried away with one of my flips and flung mashed potatoes all over part of my stove. Please learn from my mistake and make small calculated movements when you flip. 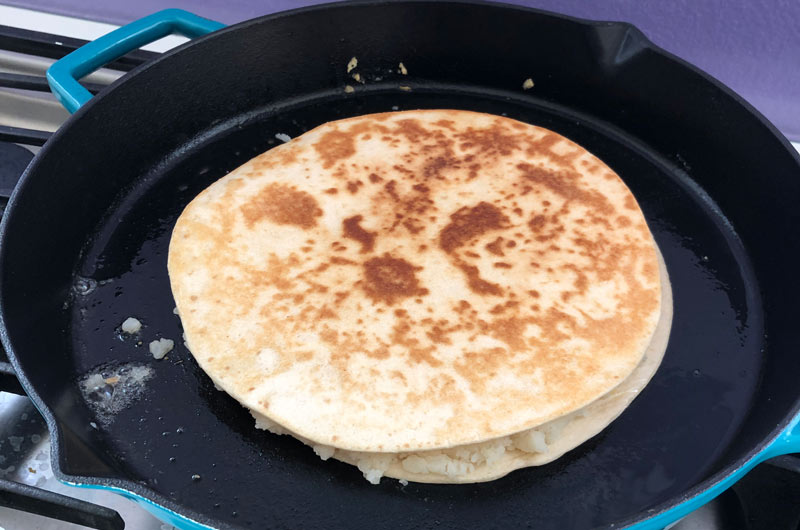 Transfer the quesadilla from the frying pan to a plate, once the cheese has melted and the tortilla has browned on both sides.

Add a spoonful of earth balance to the pan, and move it around with a spatula to coat the entire bottom of the pan.

Lay the second tortilla with the mashed potatoes on it into the cast iron or frying pan, potato side up.

Sprinkle the vegan grated cheddar cheese all over the mashed potato covered tortilla.

Cover the pan with the lid.

Repeat the same steps until all 4 quesadillas are cooked.

At this point you can cut them into triangles and serve them or you can continue with the following directions if you want to make quesadilla bears.

Cut 3 circles out of each of the last 2 quesadillas using one of your biscuit cutters or an empty can or whatever you have, so you end up with 6 circles. 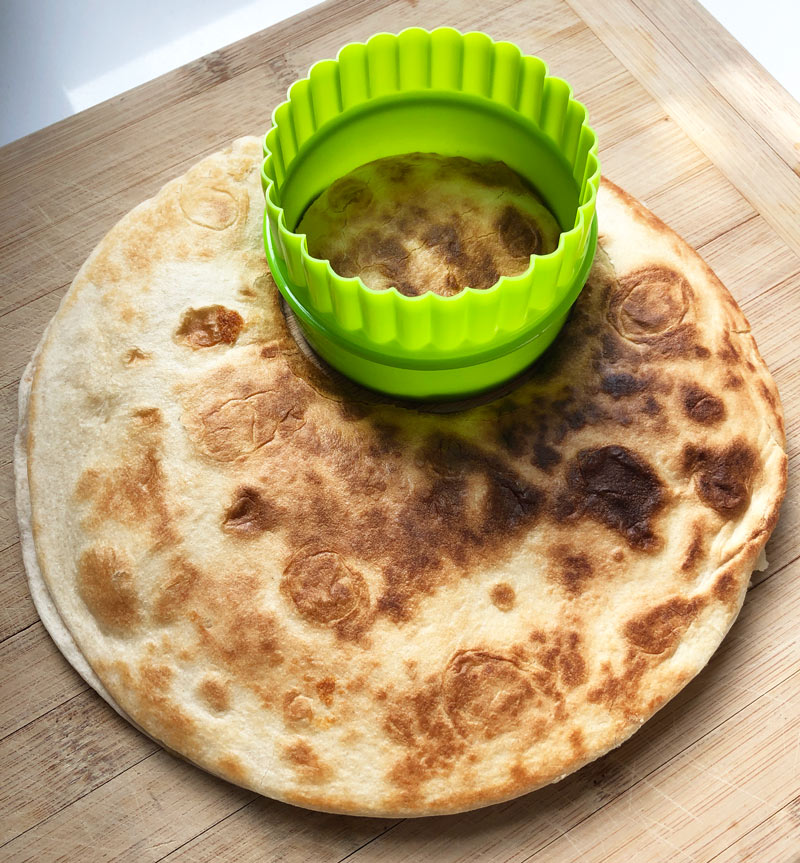 Set the circles on the large quesadillas to make ears and a nose for the bear.

Cut 2 olives in half to use as the bears’ eyes.

Add some refried beans or guacamole to the nose. 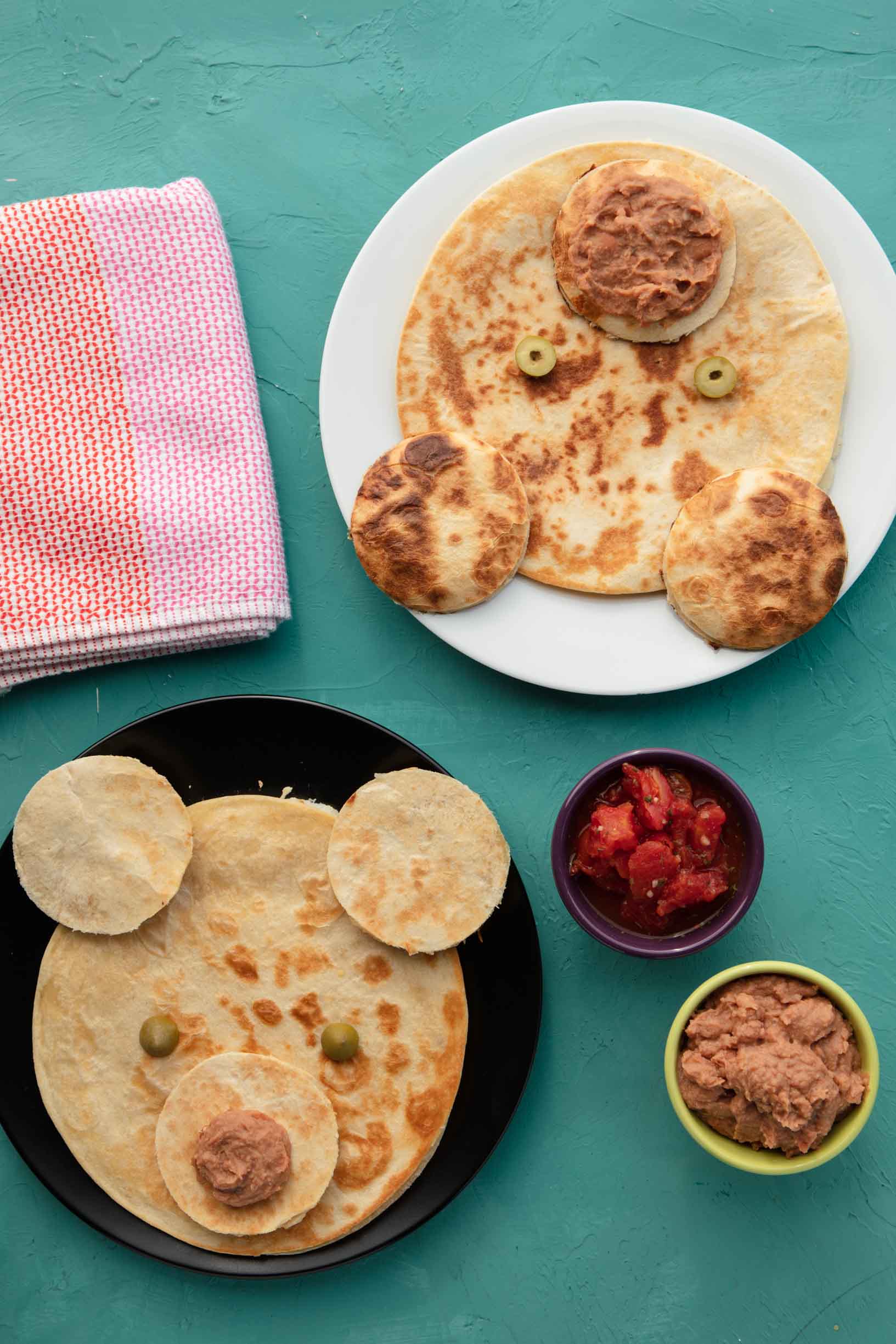 Serve with organic salsa, guacamole, or hot sauce. If you have leftovers, these can be reheated in an oven, toaster oven, or air fryer for a few minutes.

For other recipes that use leftover mashed potatoes, check out this recipe. 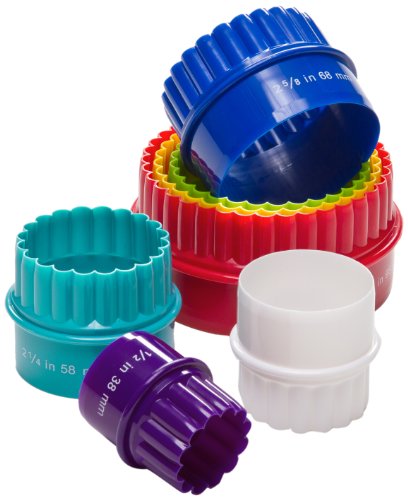 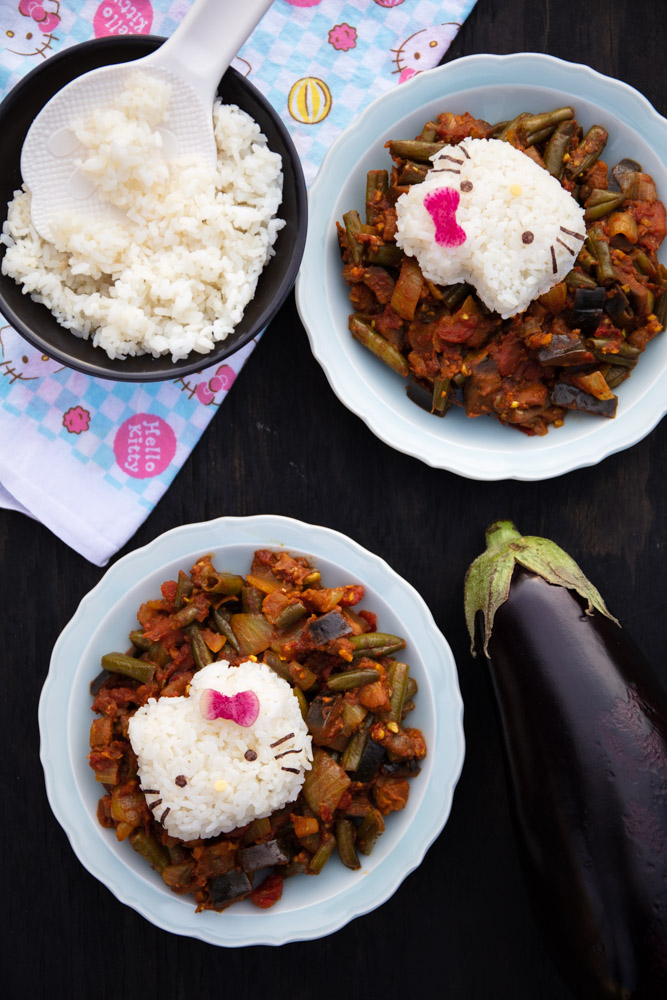 This easy kara kuzhambu recipe is a slightly spicy, tangy eggplant dish with easy-to-find ingredients. A quick weeknight dinner, it can be ready in 30 minutes.

Posted in Entrees, Gluten Free, Sanrio, and Soy Free, with other Recipes 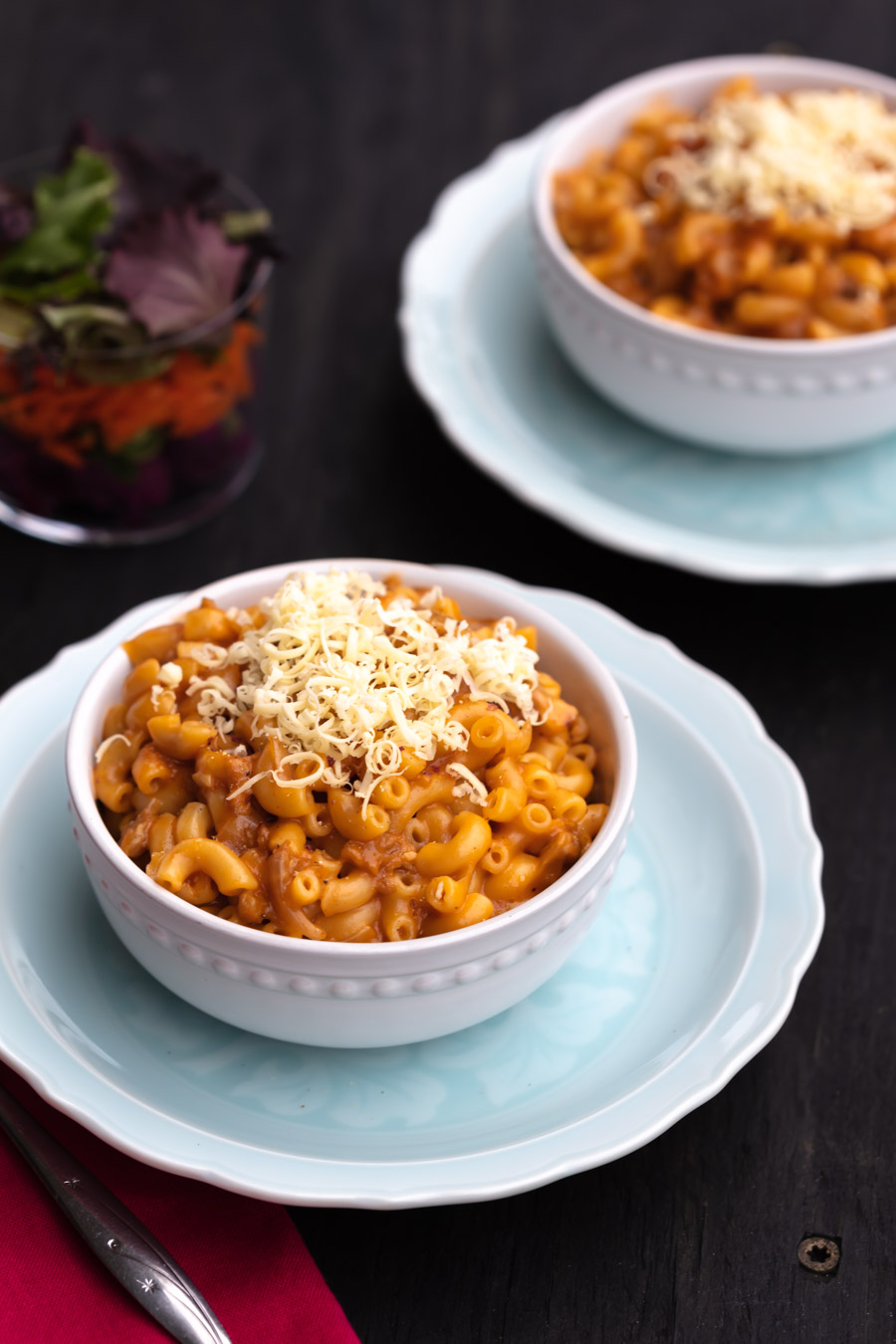 This recipe for vegan homemade hamburger helper has both stovetop and instant pot instructions that are easy to follow and healthier than the packaged version. 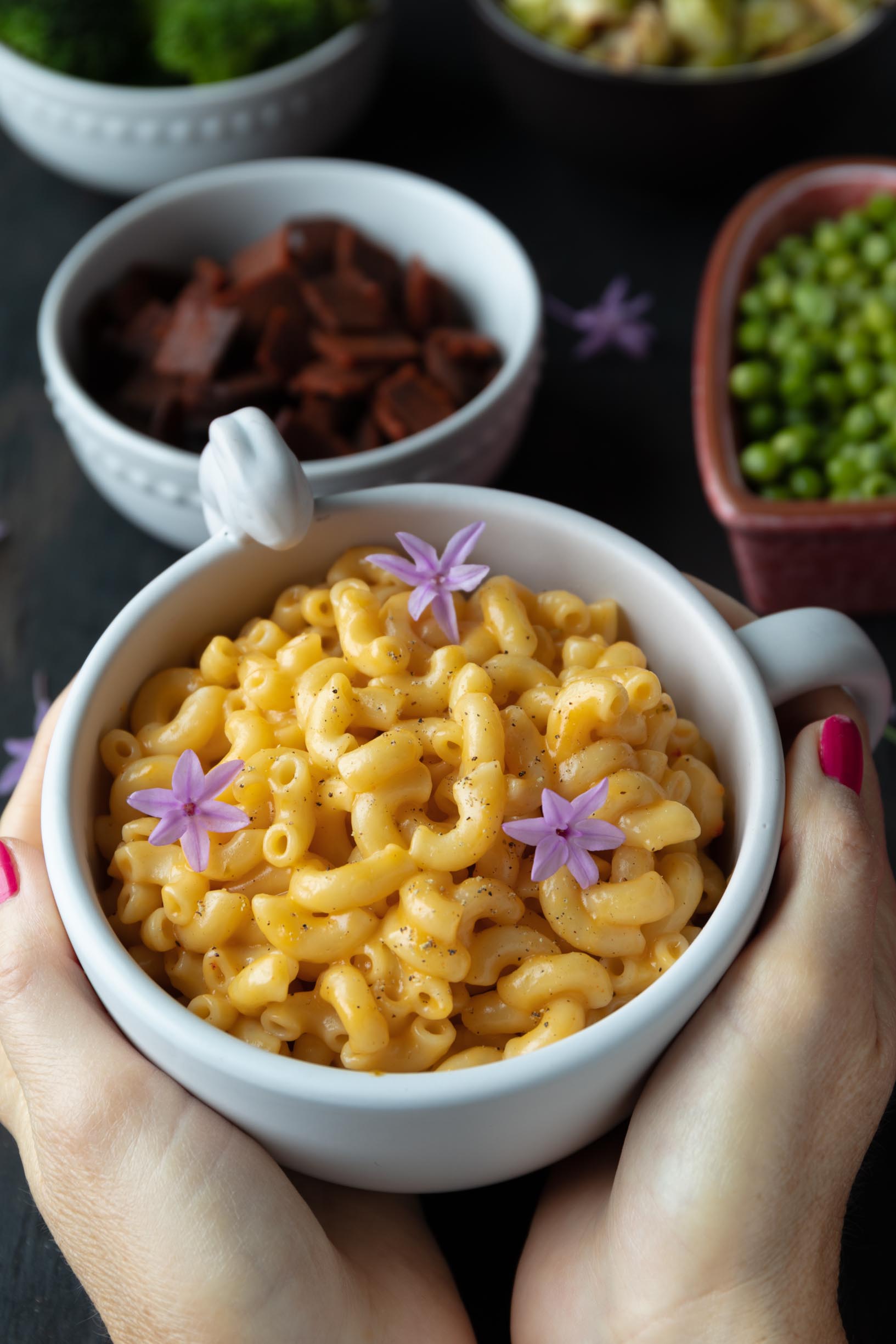 This recipe for creamy vegan macaroni and cheese has both stovetop and instant pot instructions that are easy to follow and healthier than the packaged version.