♫ Listening to: Grizzly Bear by All Girl Summer Fun Band ♫

This recipe shows you how to make 3 quick and easy cinnamon rolls that look like cute bears with just 1 ingredient: a can of cinnamon rolls. People say these taste just as good as cinnamon rolls that take hours to make. And another benefit is the super fast cleanup! If you’ve ever made cinnamon rolls from scratch, you know the disaster it creates in your kitchen (and other parts of the house if the kitchen is small). These are done in under 30 minutes from start to finish, including cleanup.

I’ve made these twice for friends who came over for brunch. If you want to make something special to serve friends with coffee or tea, this is it. They make the whole house smell good, and the bear shape will wow people of any age.

The Only Ingredient You Need For These Quick Cinnamon Roll Bears

How To Make Quick Cinnamon Rolls That Look Like Bears

Line a baking sheet with parchment paper for easy cleanup. If you’re using a baking stone, there’s no need to line it.

Open the can of cinnamon rolls. Be careful when you do this, because once in a while, you’ll get a very excited package that thinks you would look/taste better with cinnamon all over you.

Separate each of the five roles from each other.

Unroll one of the rolls completely.

Cut it into 4 even length pieces. I use scissors to do this, but you can use a knife or whatever.

Re-roll each of those 4 pieces into 4 mini cinnamon rolls. These will be your ears.

Repeat those steps with another cinnamon roll so you end up with 6 ears (you’ll have some leftover that you can just roll up and bake with the bears).

Set the 3 whole cinnamon rolls onto the baking sheet. These are the bear heads.

Place the ears next to the head in a way so that the tails of each roll butt up against each other. This helps the bears look the best when they’re baked. You should be able to see what I mean by looking at the pictures. 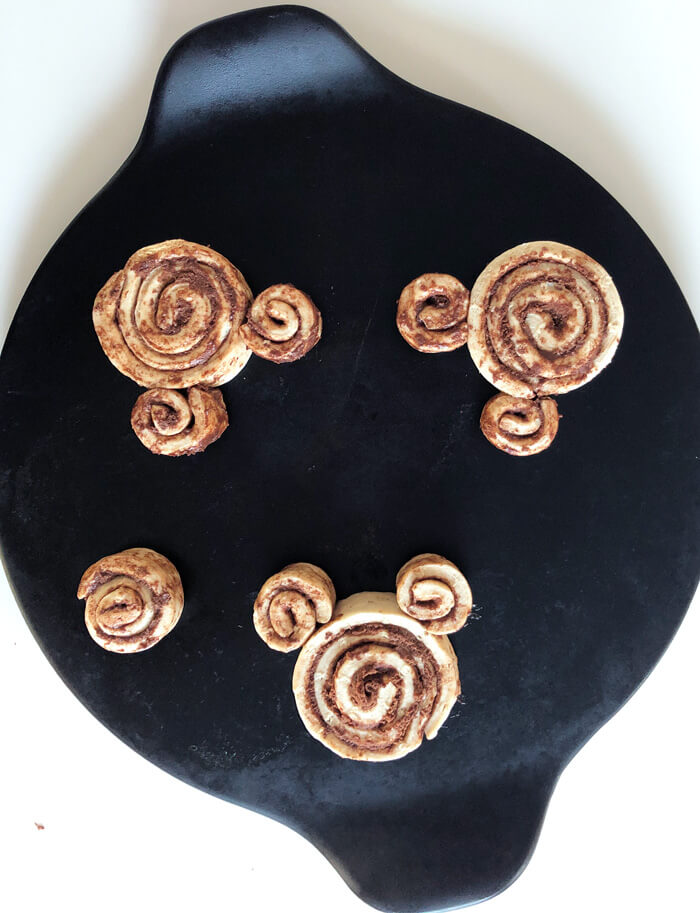 Bake for 18-20 minutes (or whatever it says on your package. I’ve lived in houses where the oven ran low, and I had to bake these for more than 20 minutes. If you’re not sure how your oven works, I recommend looking at the color of the cinnamon rolls and leaving them in until they visibly start to turn a golden color on the edges.

Remove the tray from the oven, and set it on a cooling rack.

Drizzle or spread on the icing. 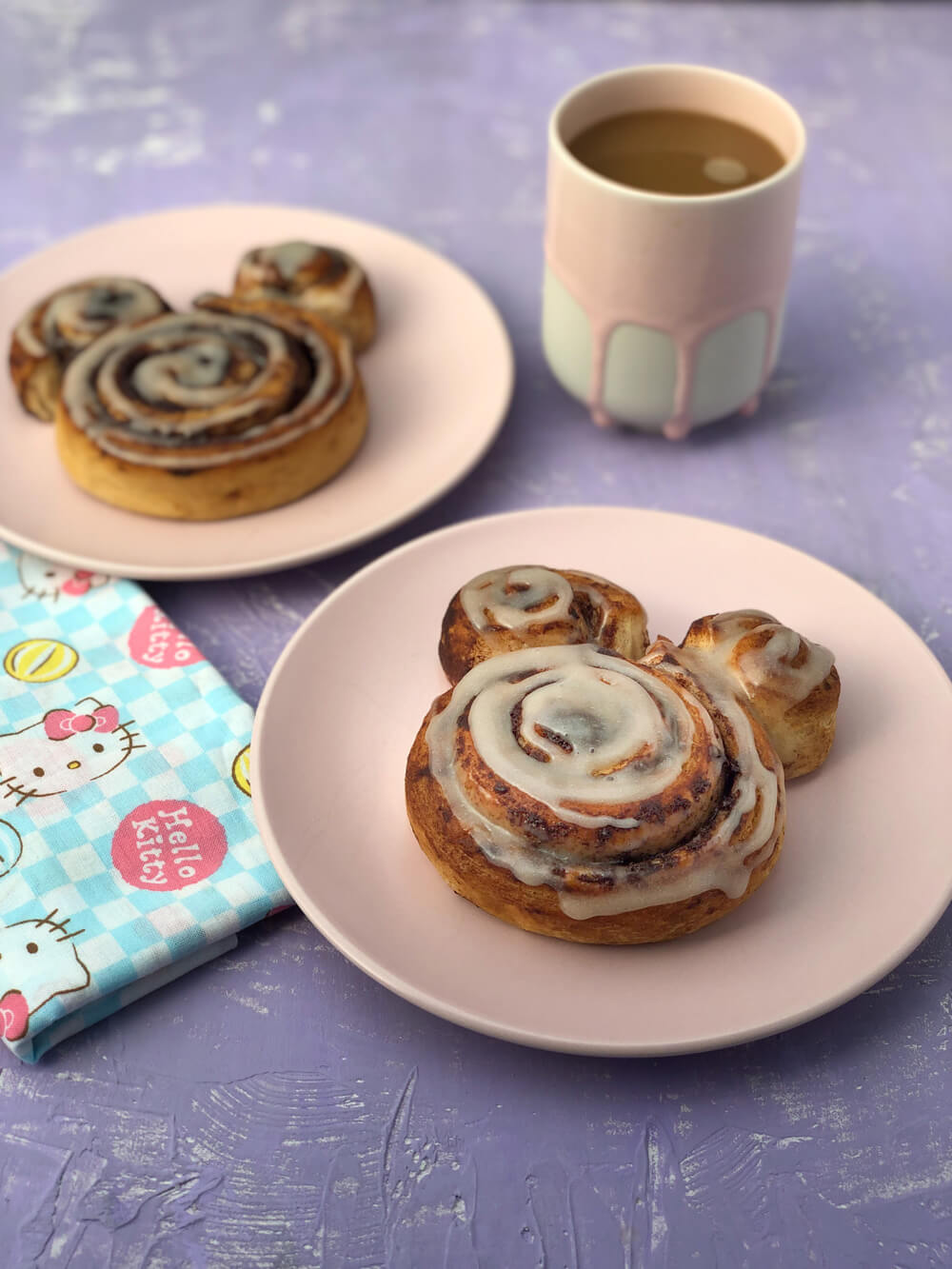 Serve warm, or leave at room temperature until you’re ready to eat them.

If you make this cinnabear recipe, snap a pic, post to instagram, and tag me @vegandollhouse. I love to see your creations! You can also message me through instagram or email me if you have any questions about the recipe.

How do you cook these cinnamon rolls in the air fryer?

It depends on how you like your cinnamon rolls, but I cook mine for 7 minutes at 315 degrees.

What brands of canned cinnamon rolls are vegan?

When and where were cinnamon rolls invented?

Cinnamon Rolls (or cinnamon buns) originated in Sweden in the 14th century. 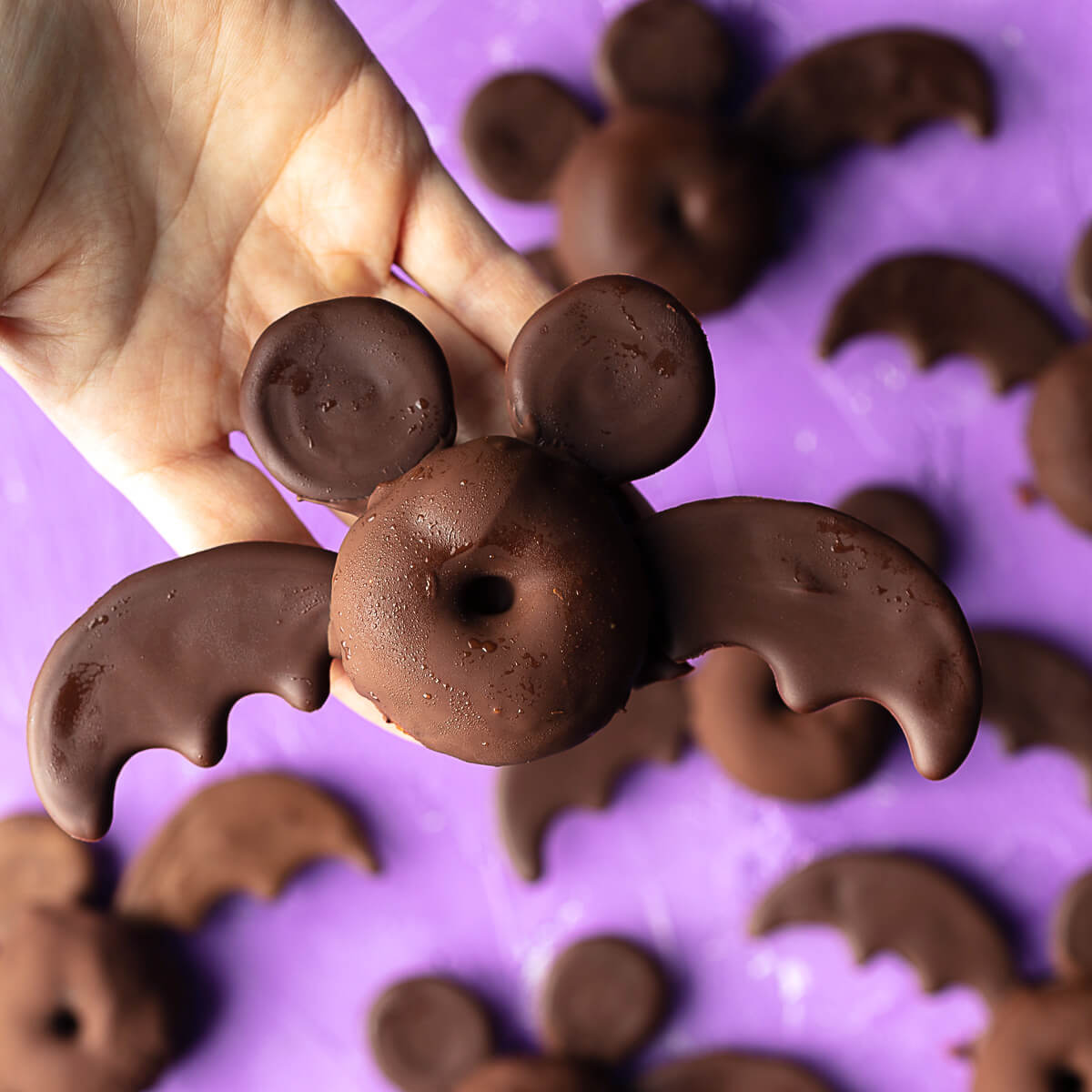 These cute halloween donuts are a mini pumpkin spiced treat. The chocolate coating and bat wings make them the ideal Halloween or Friday the 13th party food. 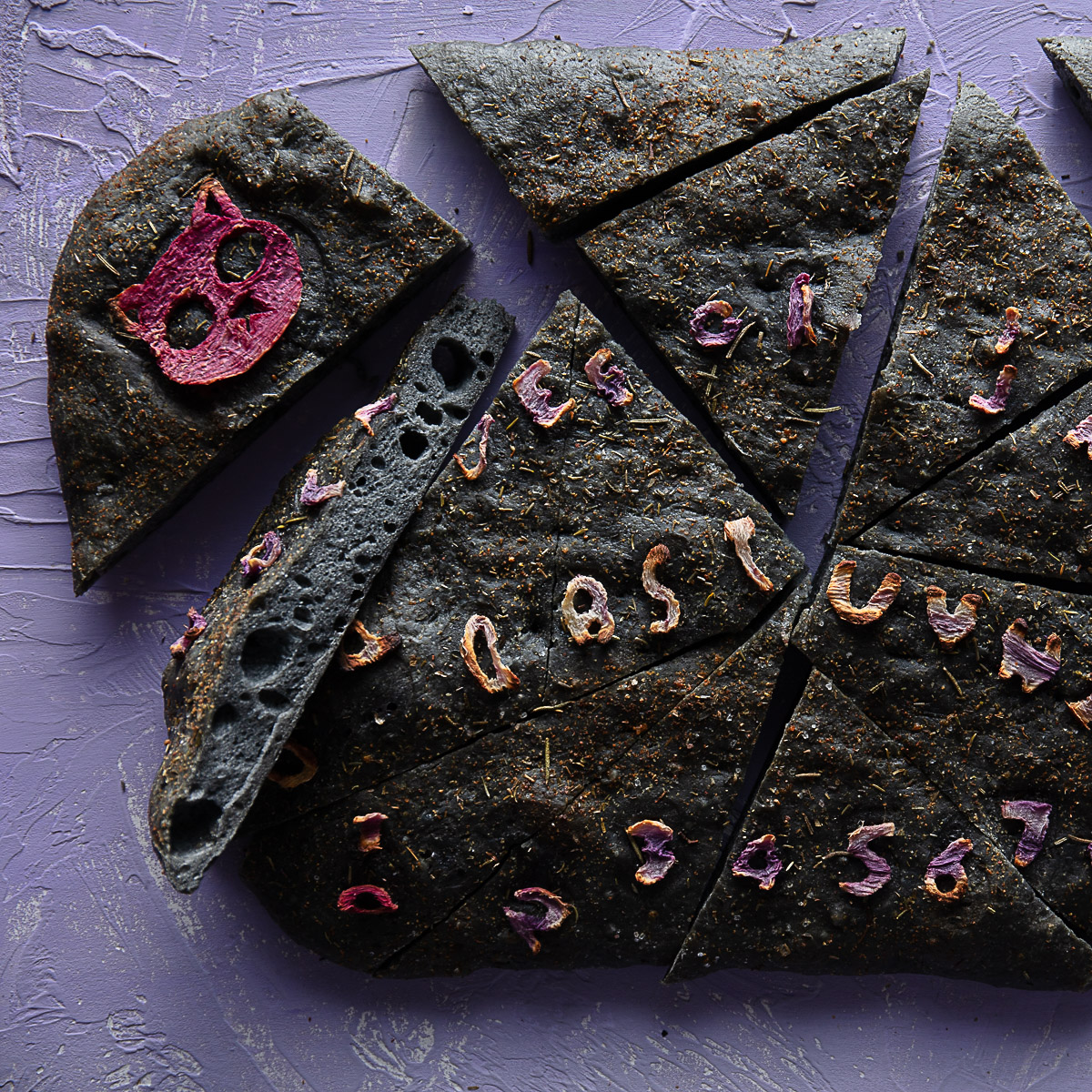 This vegan focaccia bread recipe is quick and easy, or you can spend extra time to decorate it to look like a ouija board for Halloween or Friday the 13th. 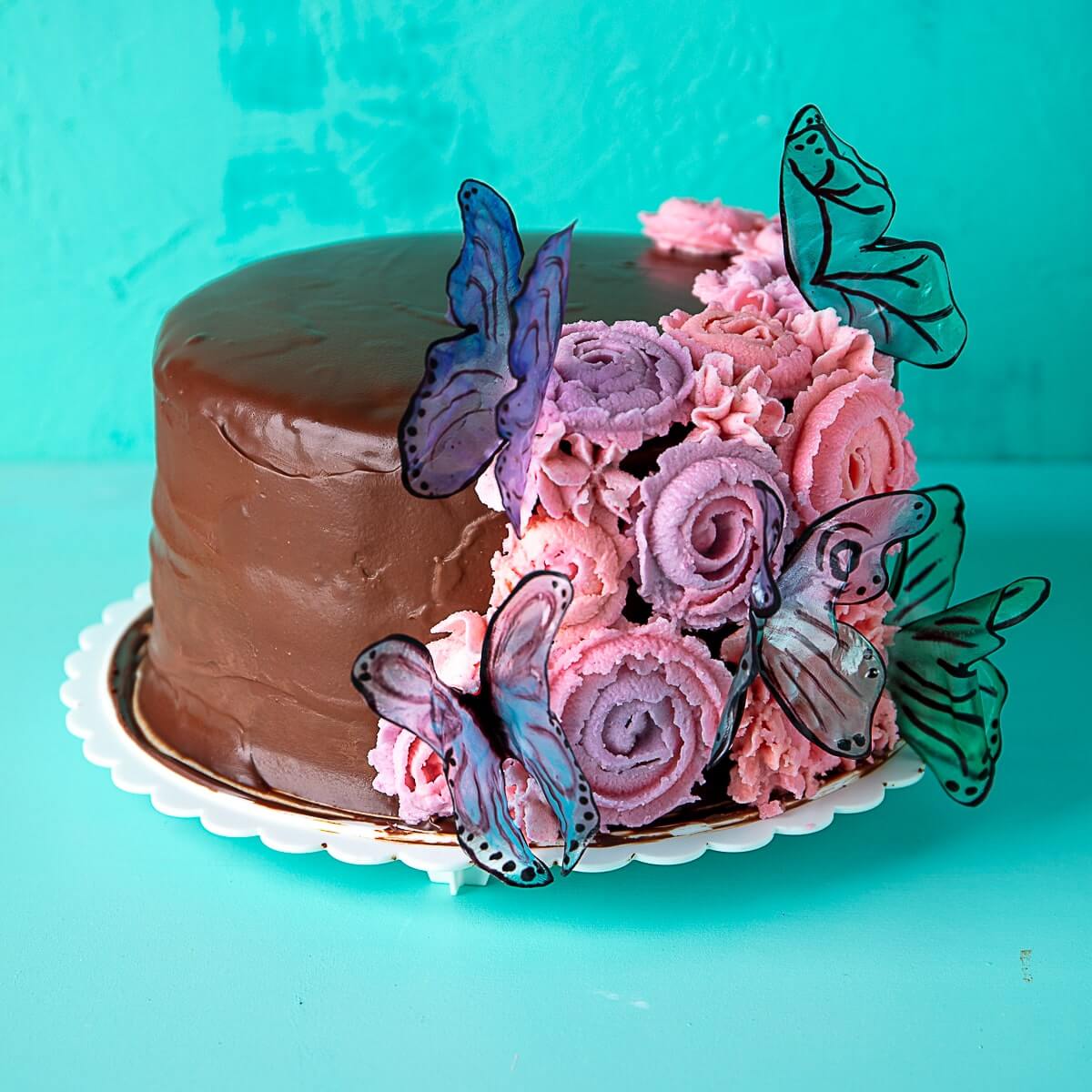 Posted in Birthday, Cake, Dessert, and Easter, with other Recipes