♫ Listening to: I Want That by Good Graeff ♫

If you’re wondering who to thank for this recipe, you can start with reddit user trash_bby. Trash_bby messaged me with this conundrum. They had been fed squid hot dogs (pieces of hot dogs with spaghetti tentacles) as a child, but hadn’t been able to successfully make them since becoming vegan. I could relate. I DESPISE spongy seitan, and I know if you try to boil vegan hot dogs, the result is bound to be spongy. Nobody wants that. That request was submitted back in October, and clearly, I wasn’t pouncing on the project, probably because it wasn’t something from my childhood, so the motivation wasn’t there. That was until David and I started watching The Watchmen.

If you haven’t yet watched The Watchmen, I don’t want to ruin it for you, but let’s just say that squid play a large role in multiple episodes. I’m one of those people (maybe the only one?) who gets REALLY into tv shows I’m watching, so I bring you these spaghetti squid in a sea of cashew cream sauce. If you eat this while simultaneously watching the show, then you get bonus points!

If you’re looking for a way to use up the rest of your open package of spaghetti, you might want to try my snake & spider stew.

This recipe makes 1 plate of spaghetti squid as an entree, or 2 plates as a side dish.

Make half the amount of squid and boil them with the remaining pasta to save time.

Cut the 2 carrots into 1 ½ inch pieces. Try not to use the skinniest parts of the carrots if you can avoid it.

Round one end of each carrot piece with a paring knife or vegetable peeler.

Poke holes in the flat end of each piece of carrot using a toothpick. I tried to poke 10-12 holes in each one. On the smaller carrots, you might have to settle for 8-10. Use a new toothpick after the first 4 carrot pieces since your toothpick will start to get soggy and weak after awhile.

Insert a piece of raw spaghetti into each hole. Repeat with all the carrot pieces. 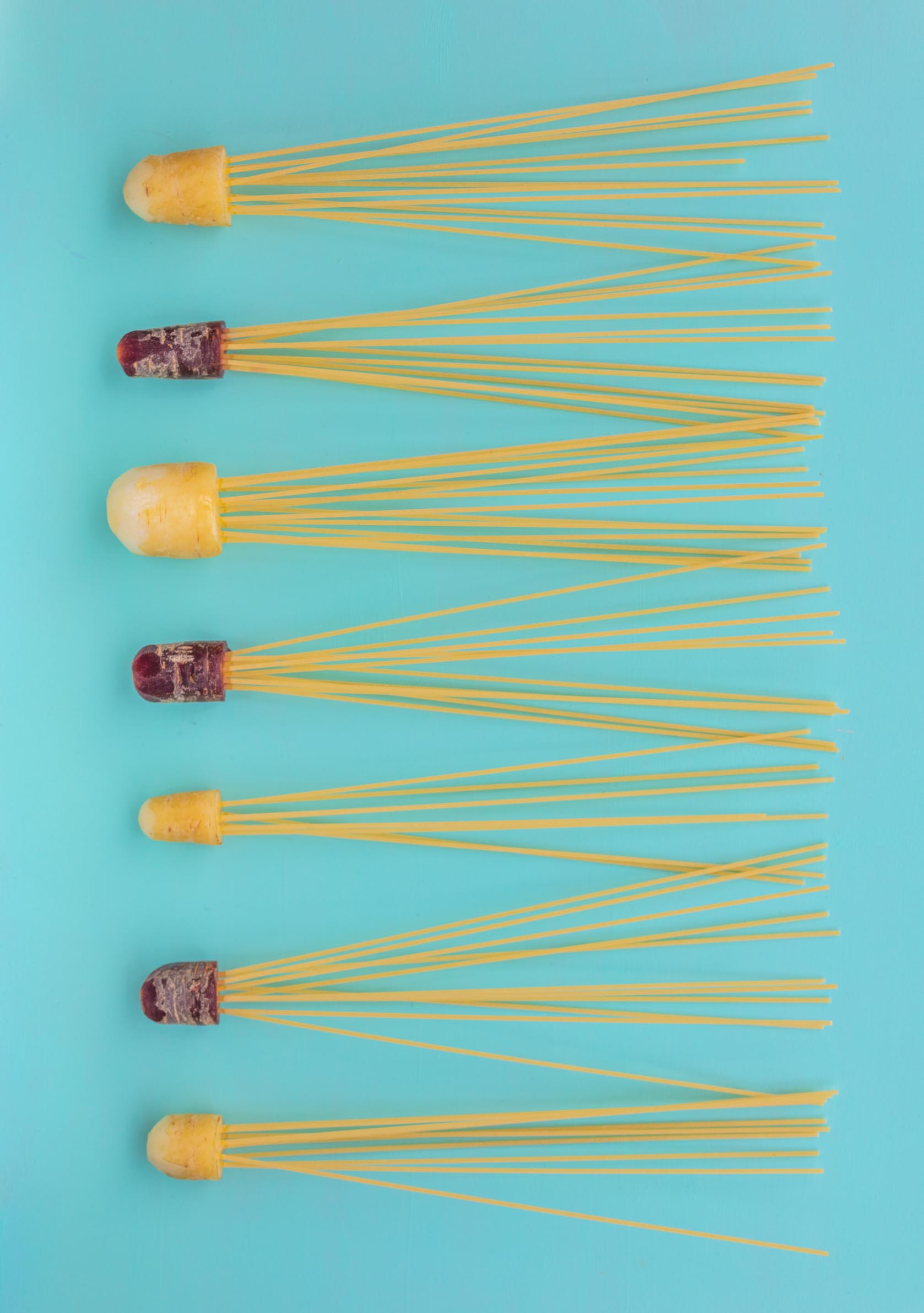 Boil a large pot of water. While you wait for the water to boil, you can make the sauce (see instructions for the sauce below).

Slowly and gently, place each squid into the pot of boiling water one by one. Reduce the heat to a low boil.

Cook for the amount of time the package of pasta says.

Carefully remove from the pot with tongs and place into the serving dish. Your squid might lose some of its tentacles in the cooking process, but most of them will stay in tact, so fear not.

Check out my list of vegan food coloring for ideas on coloring your sauce to look like the ocean. I used Color Garden natural food coloring (sky blue and lime green) for this color you see in the picture.

If you forget to soak the cashews for 2 hours, you can boil them in the pasta water for a couple of minutes instead.

Pour into the dish, either on top of the squid spaghetti or under it. I put mine under so you could see the squid better in the photo, but I ended up mixing it all together before eating it.

I’m a HUGE fan of anything with cashew cream sauce. In 4th grade, I ate fettuccine alfredo for every meal, and my tastes apparently haven’t changed since then. Now, I have to talk myself out of drinking it, putting it on everything I eat, and basically sacrificing all my friendships due to my inability to know when it’s not appropriate to lick cashew cream sauce from your dishes with your tongue. 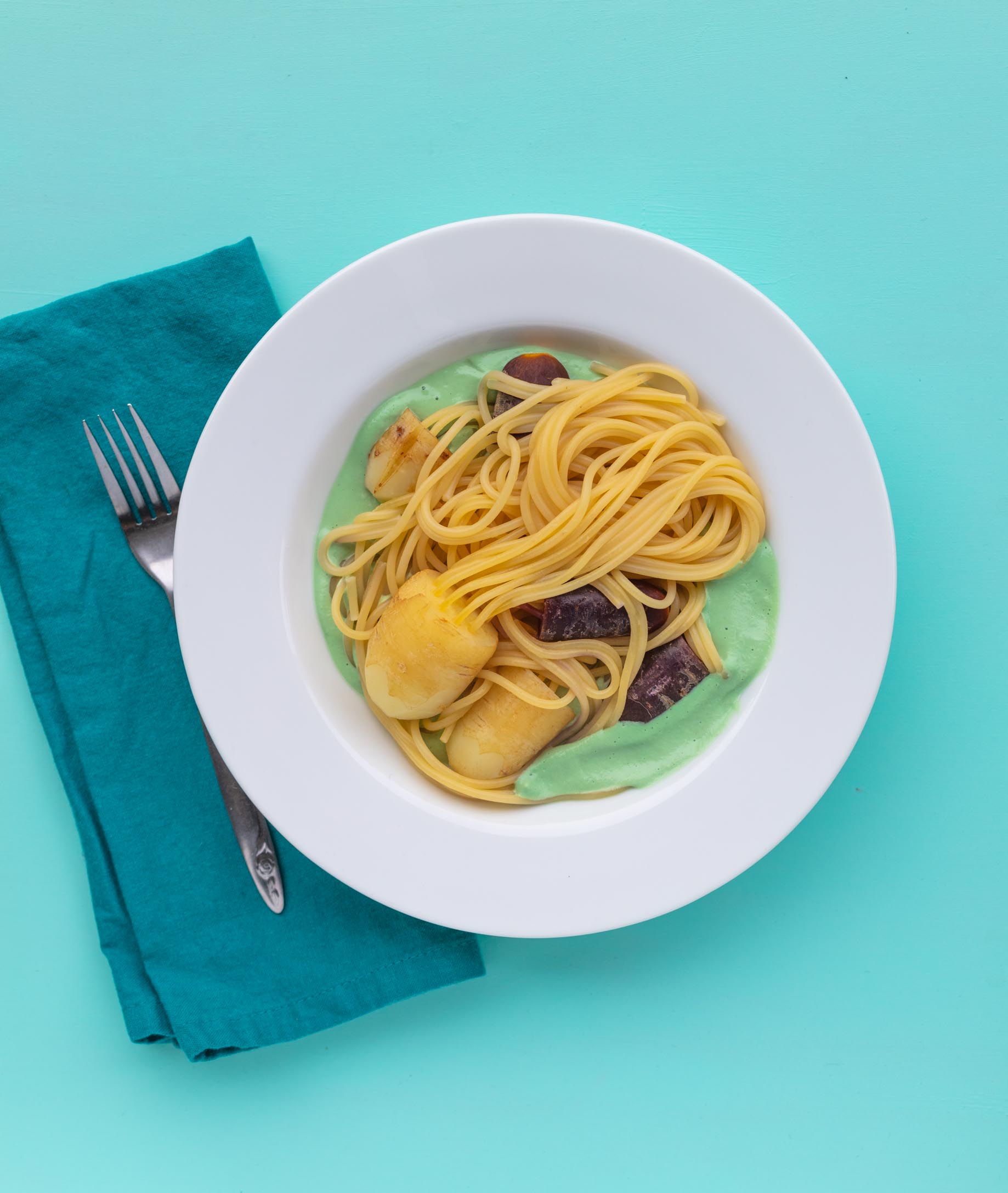 Here’s a video showing you how to make carrot spaghetti squid. 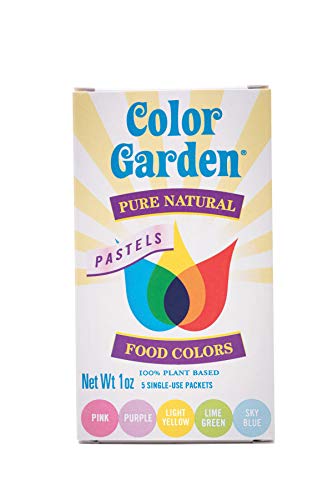 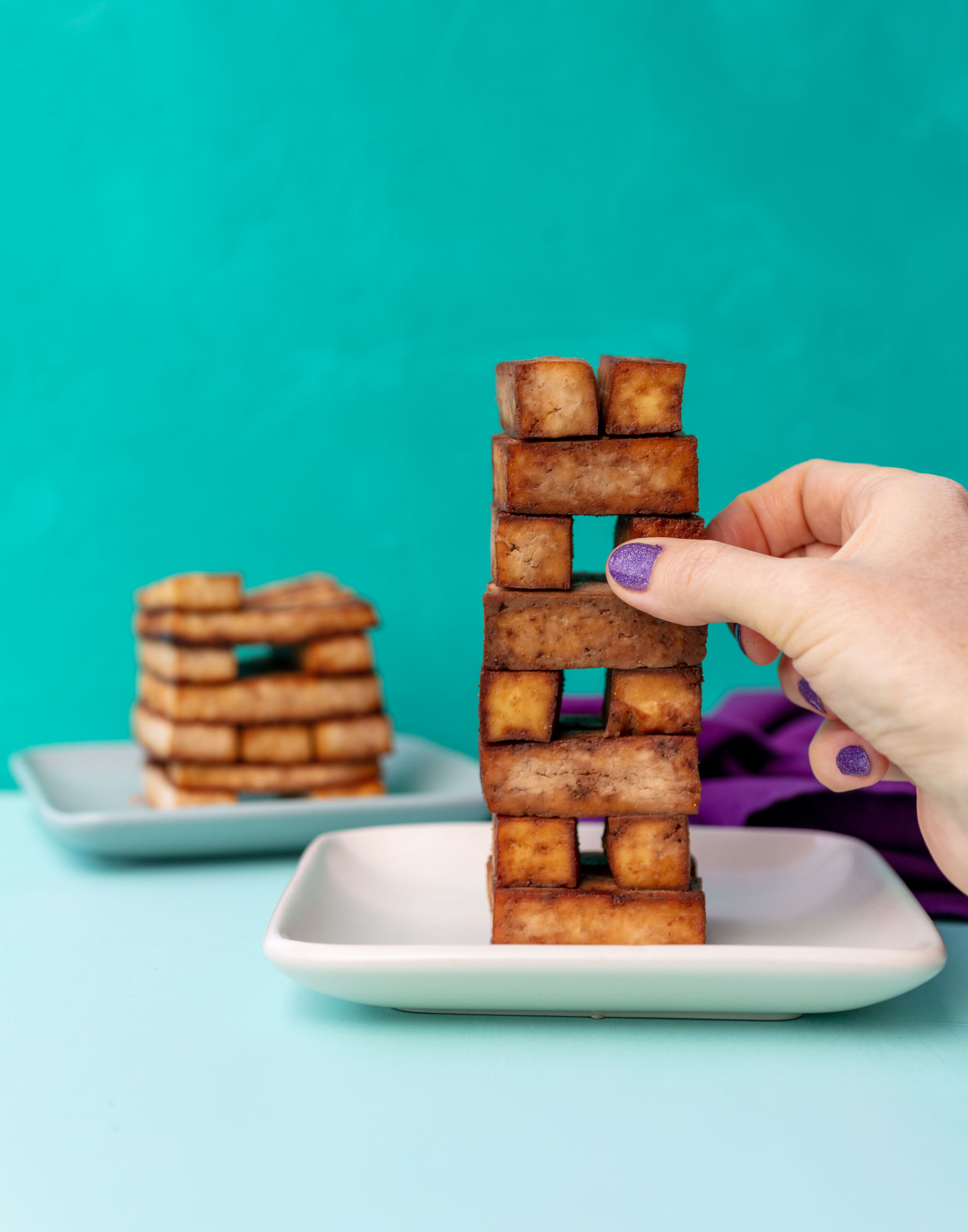 gluten-free, vegan teriyaki tofu stacked in a jenga style for parties or potlucks 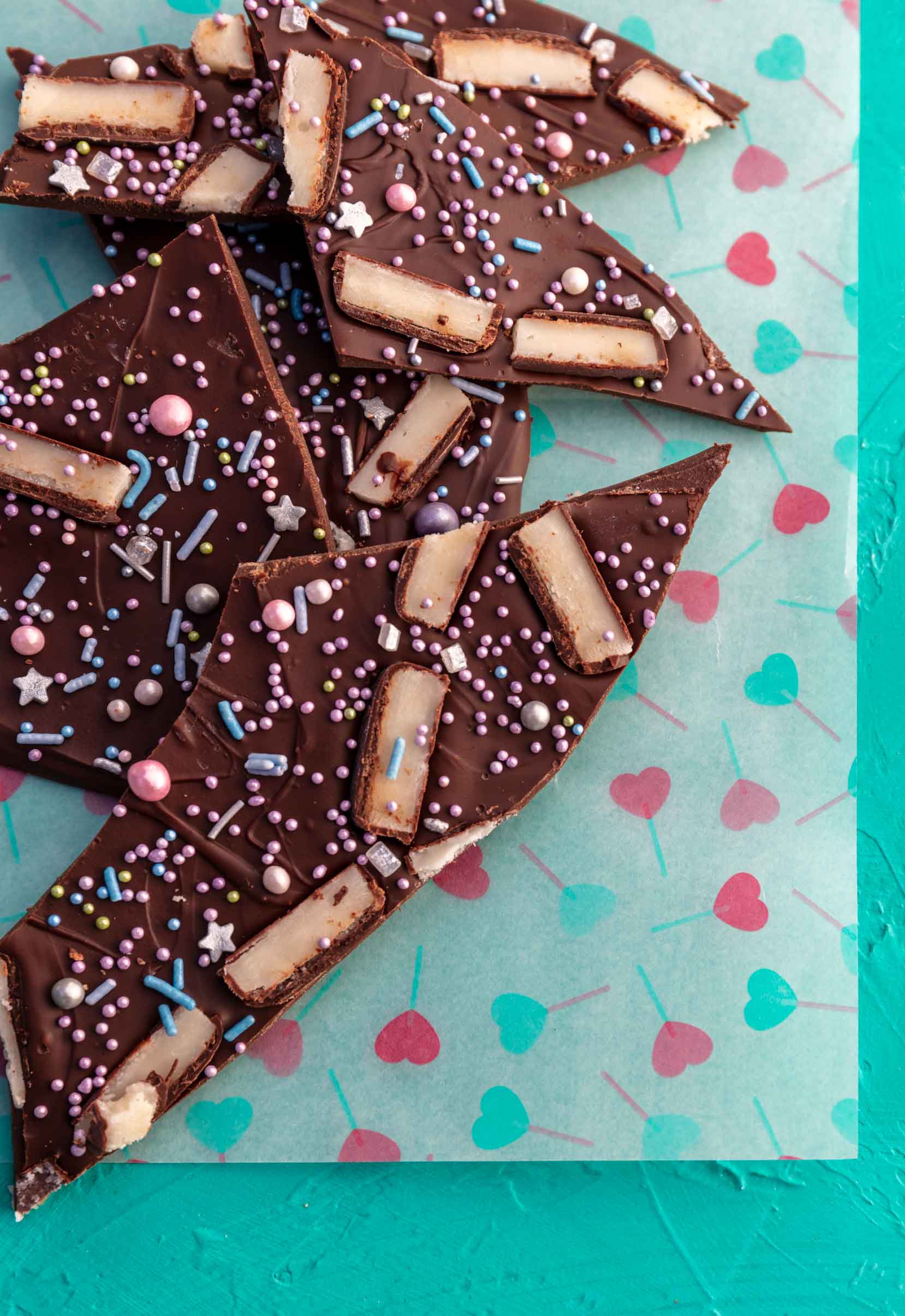 These savory scones can be made with only 5 ingredients and in less than 40 minutes.