♫ Listening to: My Sister by The Juliana Hatfield Three ♫

This vegan copycat Taco John’s stuffed grilled taco is like a hybrid, mashup, or inception taco inside of a quesadilla. They are crispy stuffed taco shells filled with plant-based ground meat, cashew cheese, lettuce, tomato, guacamole, hot sauce, and tortilla chips, wrapped in a grilled flour tortilla with melty vegan cheese and refried beans. And these double stuffed tacos are ready in under a half hour! How’s that for fast food?

When I was 13, my older sister worked at Taco John’s. My favorite item they had on the menu was these little mini tater tots, but they were like half tots. They looked like little potato coins, and when you ate them, you felt RICH, lemme tell you. So good. Those were the best thing Taco John’s ever did until they made grilled stuffed tacos. Now, I think it might be a tie.

If you don’t live in a part of the country where Taco John’s exist, just picture a double decker Taco Bell loaded griller mashup. Still confused? Read on and you’ll see what I mean.

Most of these ingredients are interchangeable, so if you don’t have something on hand, just omit or substitute for something else you do have.

Hold a crunchy taco shell up to a flour tortilla to see how close they are in size. I bought the blue corn taco shells because they’re blue!

Trim the flour tortillas if they are substantially larger than the crunchy corn taco shells. You want them to be roughly the same size. If you make your own tortillas, then you can make them the exact size of the crispy corn tortilla taco shells (and you can even make them colored!)

Layer the crunchy taco shell ingredients into the hard taco shells, one at a time or in an assembly line style: cashew cheese, vegan ground meat, guacamole, lettuce, tomato, chip crumbles, and a few drops of Frank's RedHot (if you like a little spice).

Heat a cast iron pan (or other large frying pan) over medium heat.

Add a spoonful of earth balance to the pan, and when it starts to melt, move it around with a spatula to coat the entire bottom of the pan.

Spread refried beans all over one side of a flour tortilla.

Lay the tortilla with the refried beans on it into the cast iron or frying pan, bean side up.

Sprinkle the vegan grated cheddar cheese all over the refried bean covered tortilla.

Cover the pan with a lid to help the cheese melt.

Spread refried beans all over one side of a second flour tortilla.

Transfer the grilled flour tortilla from the frying pan to a plate, once the cheese has melted and the tortilla has browned on the bottom.

Set one of the crunchy tacos in the center of the grilled flour tortilla, and fold the sides up so that you have a taco inside of a taco. 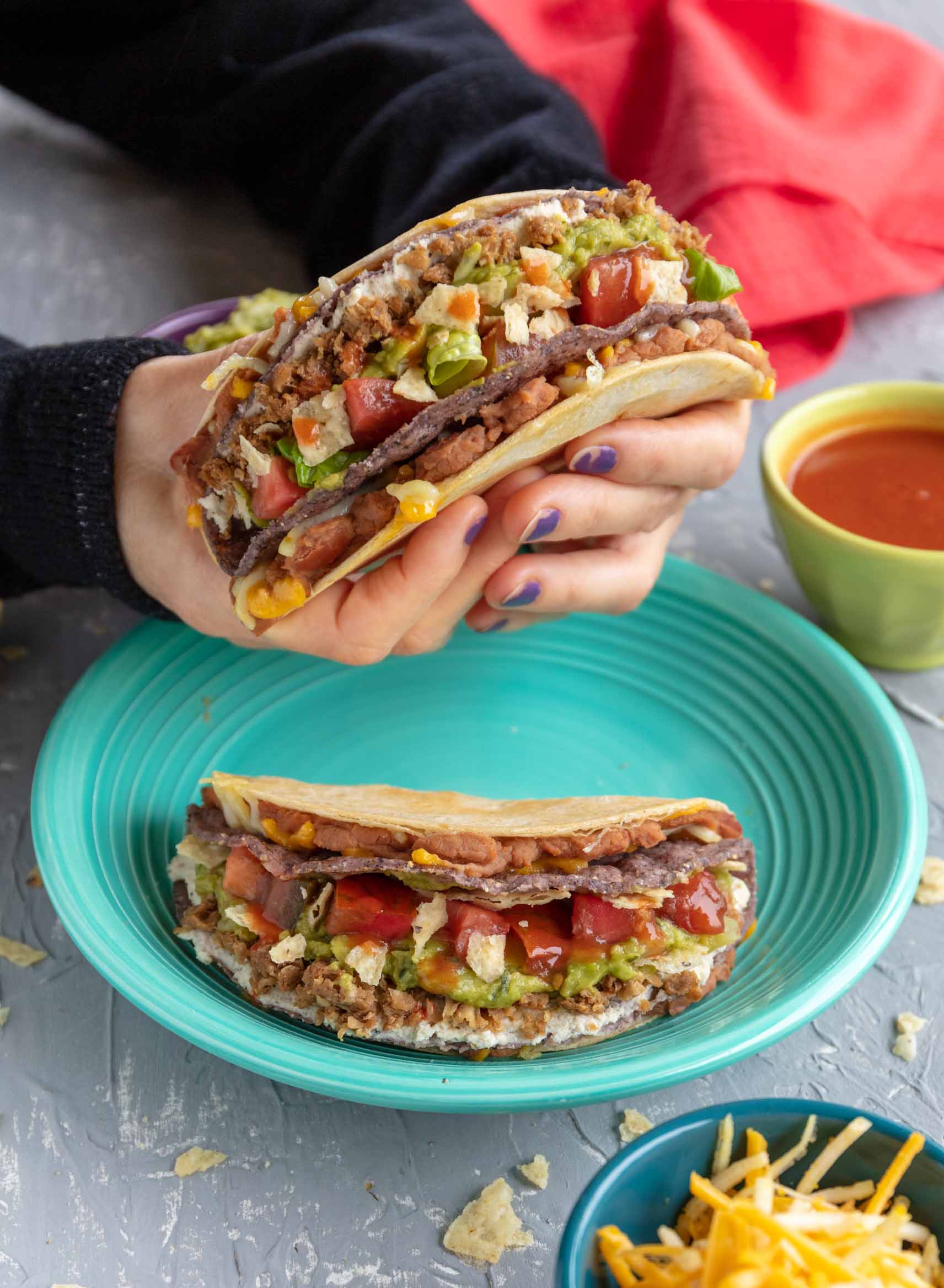 Add a spoonful of earth balance to the pan, and move it around with a spatula to coat the entire bottom of the pan.

Lay the second tortilla with the refried beans on it into the cast iron or frying pan, bean side up.

Sprinkle the vegan grated cheddar cheese all over the refried bean covered tortilla.

Cover the pan with the lid.

Repeat the same steps until all 6 tacos are ready to serve.

Serve these vegan tacos immediately or save some for later. These can be reheated in an oven, toaster oven, or air fryer for a few minutes. 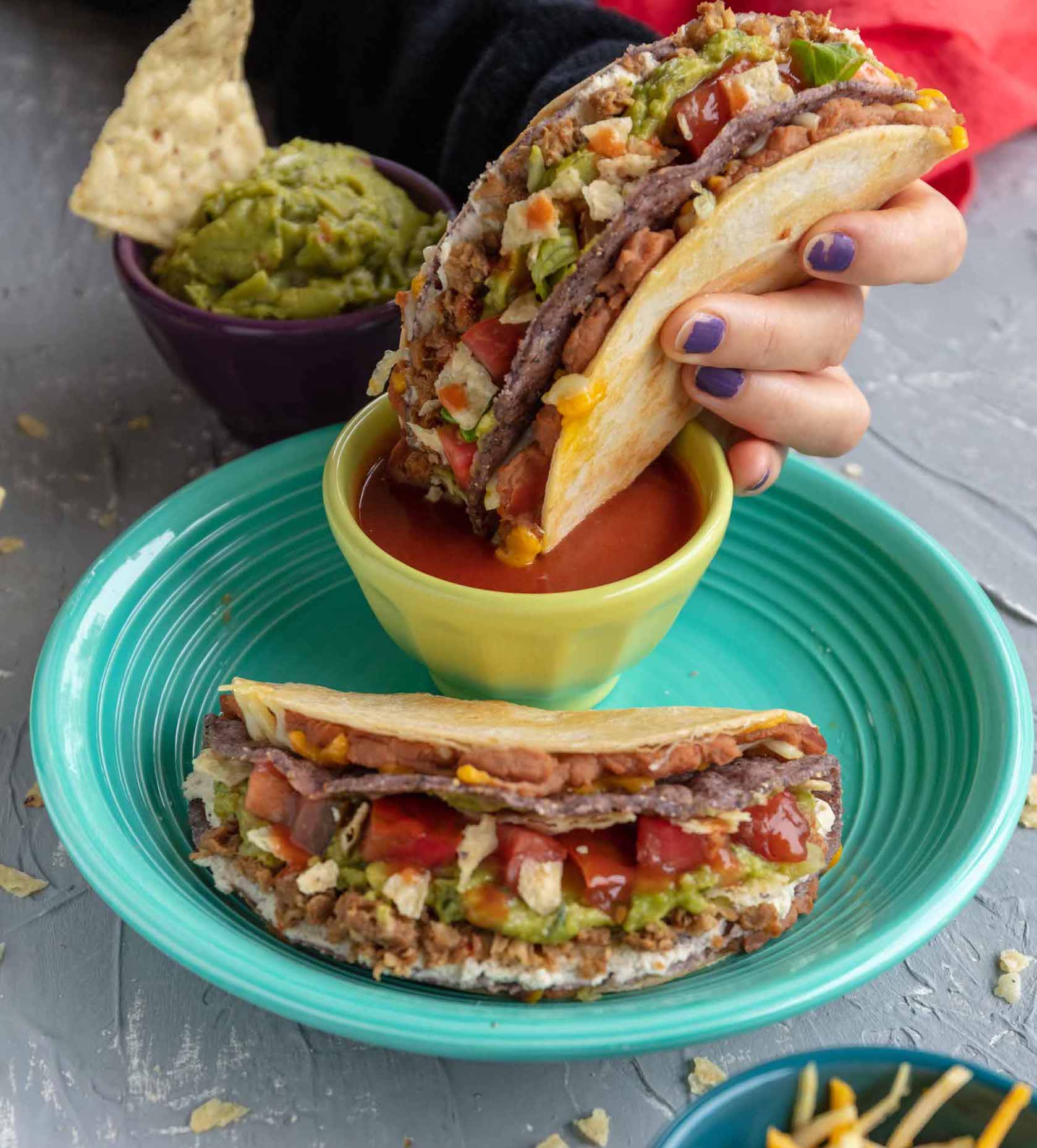 Here’s a video of the process. 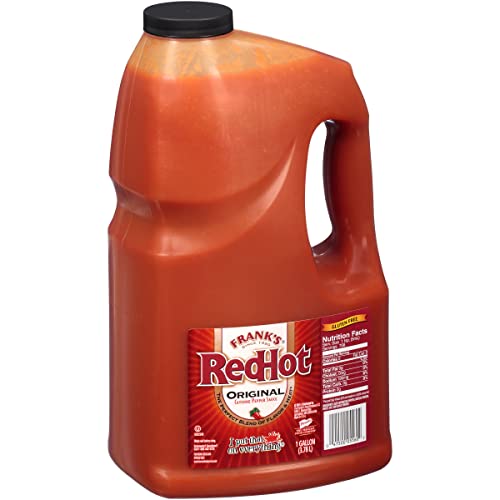 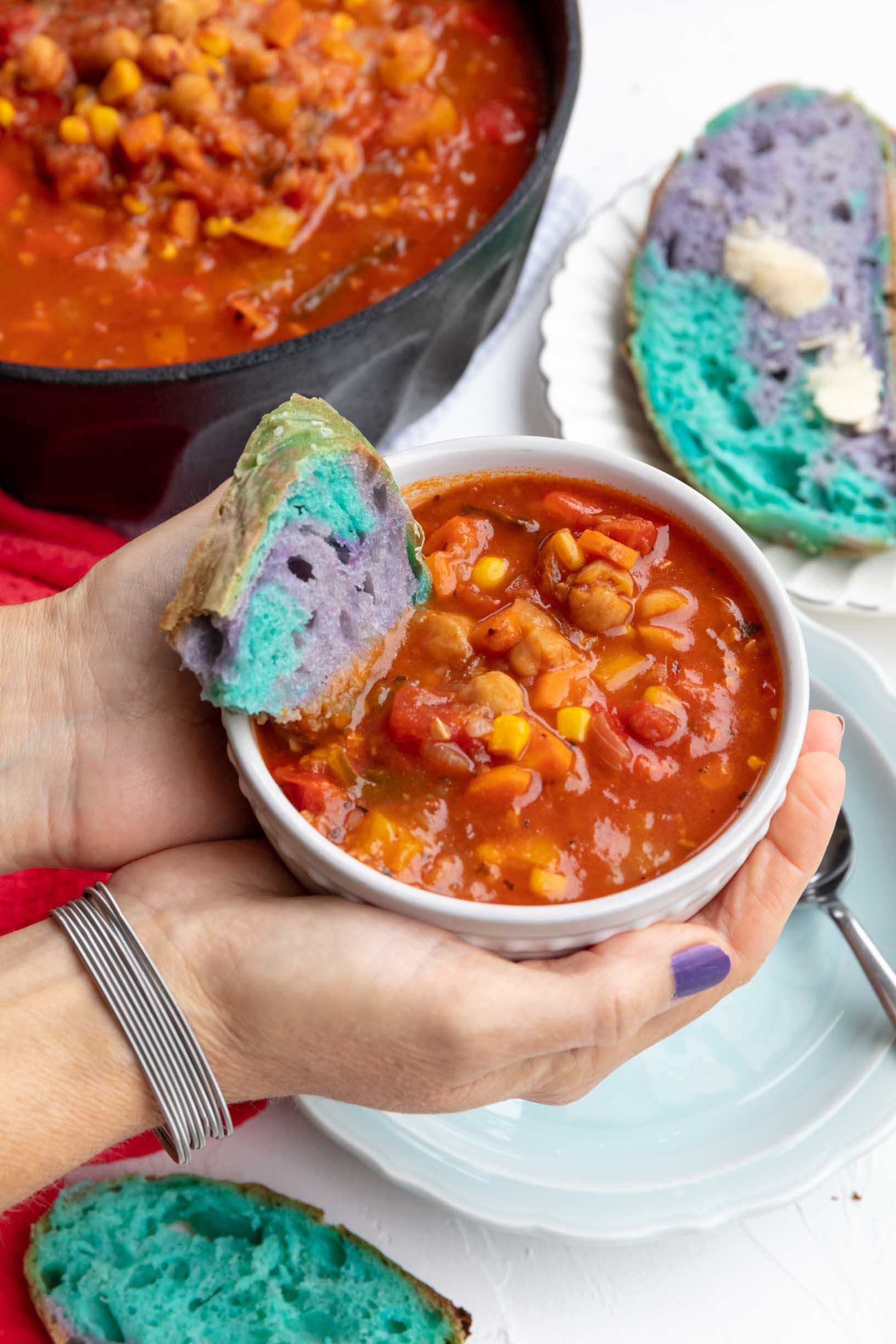 This copycat Panera 10 vegetable soup is a perfect meal to warm you up on a cold day. It’s easy to make, vegan, gluten free, and packed with healthy vegetables.

Posted in Entrees, Gluten Free, and Soy Free, with other Recipes

Posted in Entrees, Gluten Free, Halloween, and Soy Free, with other Recipes 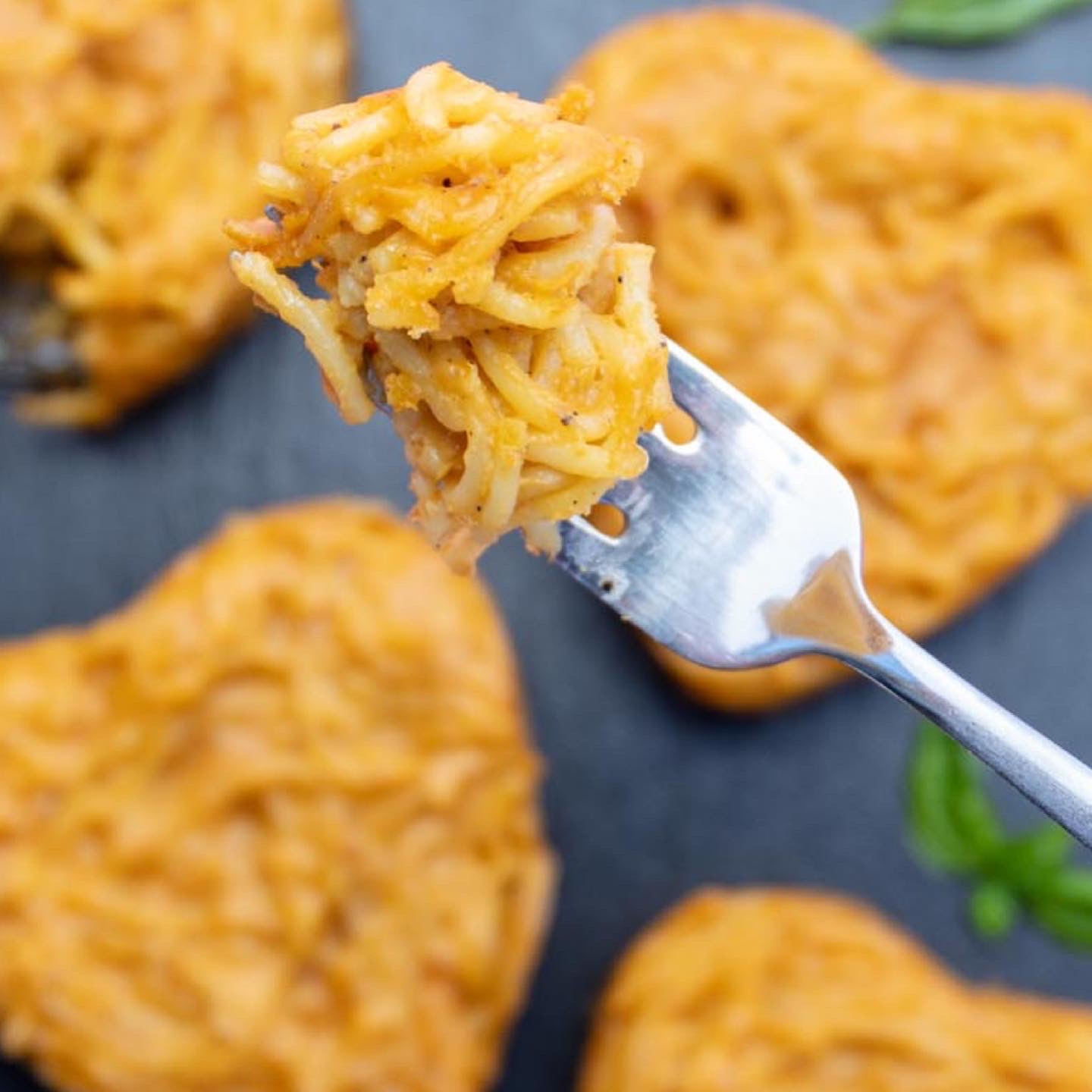 Posted in Easter, Entrees, Nut Free, Sides, and Soy Free, with other Recipes